The Government has announced that university personal statements would be changed because they now “favor” the most privileged pupils.

Michelle Donelan, the minister of higher education, said in a speech on Wednesday that institutions should publish student dropout rates in all of their advertisements to bring their marketing in line with products like credit cards.

Students who apply for courses through the university admissions service Ucas currently have to write a 4,000-character personal statement.

The purpose of the process is for students to sell themselves to admissions tutors by demonstrating their suitability for their desired course.

Some experts, however, argue that the requirement benefits middle-class pupils who may get help from their parents and professors in writing their remarks.

Professor of social mobility at the University of Exeter, Lee Elliot Major, has argued for its abolition.

He told The New York Times last month that there was a “chasm in quality and style” between independent and state school applicants, with the latter having to “draw on appropriate job and life experiences.”

“I’ve long believed that personal statements, in their current form, favor the most advantaged students and do a disservice to others whose skills are best measured in other ways,” she added.

“I’m glad to report that Ucas has agreed to engage with me and the sector to improve this so that it benefits all students,” she said.

Ms Donelan also called for change in university advertising as part of a crackdown on “poor quality” courses.

“I expect many of you here will be getting public transport home today, and chances are you will see an advertisement for two things on your way home: credit cards and universities,” she said.

“When you look at the credit card advertisement, you’ll notice that no matter what the sales line is, or how appealing the wider terms, the APR is written in black and white at the bottom. This information is there because of a conscious decision by government to ensure that consumers can make informed decisions before they make such a significant financial commitment.

“But then glance over to the university advertisement next to it. You’ll notice that in contrast, bold claims about career enhancement and graduate salaries are not backed up with the real information, despite the financial exposure of most courses being greater than most credit limits.”

She called for “comparable data on the percentage of students who have completed that course and the percentage of them who have gone into either professional employment or further advanced study” in all course advertisements, “whether they are online, on a billboard, or in a prospectus,” to prevent students from being “misled.”

She added: “Just like a credit card advertisement including information about APR, university adverts will reflect the need for students to understand where a course can take them, and give them the information they need to choose the course that fits their goals.” 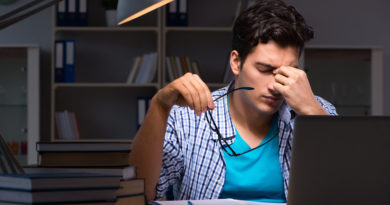 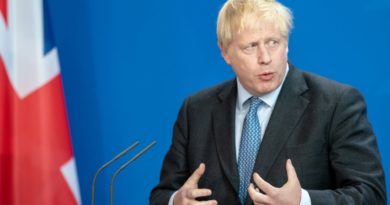 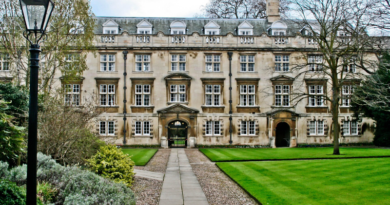