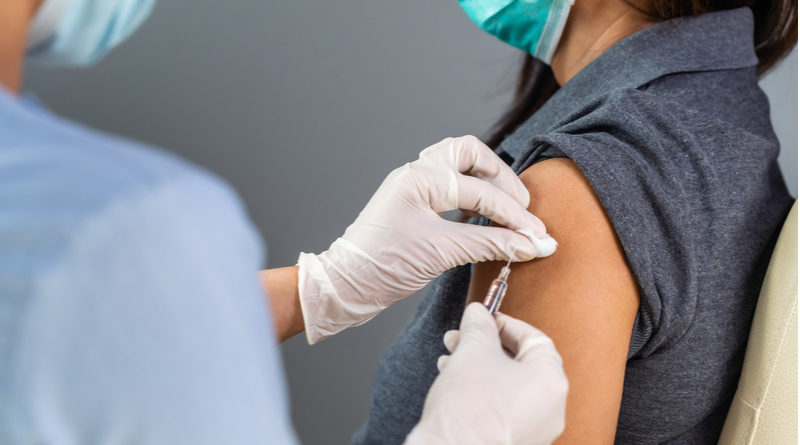 According to new research, UK universities should take advantage of the country’s successful vaccine rollout to help with their own international student recruitment efforts for the start of the next academic year.

47% of prospective students think the UK is becoming more attractive as a result of its vaccine distribution. This is despite a widespread perception that the UK government mishandled its initial response to the pandemic, according to the UK edition of the  QS’ annual International Student Survey

In the ninth iteration of the survey, a record 105,083 prospective students were surveyed, with 48,722 indicating an interest in studying in the UK.

The paper also encourages institutions to tailor their mental health support for international students, a group that is “less likely to seek help,” as well as develop tailored recruitment strategies for countries identified in the recently updated International Education Strategy. India, Indonesia, Saudi Arabia, Vietnam, and Nigeria are among these countries.

Furthermore, universities will need to learn from recent transitions to online learning and work to “enhance their online teaching practices to allow for greater interactivity between staff and students.” However, according to the research, 52 percent of current international students in the UK believe their university has been either ‘extremely’ or ‘very’ effective in delivering online teaching throughout the pandemic.

The UK’s vaccination efforts (with the number of people receiving the first dose approaching 34 million), according to 47 percent of respondents, put the country ahead of key competitors such as the US, Canada, Australia, and Germany. Despite not vaccinating a significant proportion of its population, New Zealand was also praised for its success in vaccine distribution.

“It is vital that institutions, the government, and the sector more broadly listen to the student voices”. “The combination of a quick and effective rollout of the coronavirus vaccine, the extension of post-study work rights, and geopolitical tensions elsewhere have all made the UK seem an increasingly welcome and attractive destination for international students,” the report read.

“As the UK continues to navigate the challenges of both Covid-19 and Brexit, it is vital that institutions, the government, and the sector more broadly listen to the student voices in this report and are guided by data-led decision making,” director of marketing at QS Paul Raybould explained.

While nearly two-thirds (58%) of all prospective students think the UK is becoming more welcoming to international students – a trend driven by prospective students from across Asia, Africa, and the Middle East – in the EU, “the predominant attitude is that the UK is becoming less welcoming”. “The long-term effects of the shifting geopolitical landscape are still yet to be fully realized, but if the recent trend is a sign of what is yet to come, then there may be challenging times for UK universities ahead unless steps are taken to address their negative impact [in the EU],” the report noted.

“The importance of being seen to be welcoming cannot be overstated, however with many universities struggling to make up for the loss of EU applications in 2021, this will require a more holistic approach to truly convince international students,” the survey noted.

The survey also found 29% of international students would be uncomfortable asking their university for support with their mental health at this time. Access to a mental health adviser, student counseling sessions, and 24-hour helplines should form the central tenet of mental health support from universities as they are likely to be the most widely used, the research suggested. “For many international students, they have had to experience the pandemic on their own, away from their traditional support structures in their home country,” the paper said.

“Universities need to appreciate the unique circumstances for international students now more than ever and tailor their support services accordingly and recognize the fact that there is a heightened reticence to willingly seek out help when it comes to their mental health.”

The top services that prospective international students said they expected were careers advice and a center broadly focused on student health. Some 51% said a careers advice service was the most important support services institution’s should offer. Services that universities could provide include careers advisors, help with writing CVs, or reviewing their job applications, QS suggested.

“One stand-out finding is the huge importance international students place on access to careers support,” author of the report’s foreword and director of the Higher Education Policy Institute, Nick Hillman said.

“It is an enormous step to travel to another country to study, but people do it often to help them secure a fulfilling career afterward. We must do all we can to help them achieve that ambition.”

Despite initial fears that international students would be deterred from attending UK universities due to the country’s high Covid infection rates and death toll, applications from overseas reached their highest level last year. 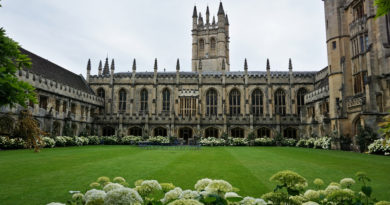 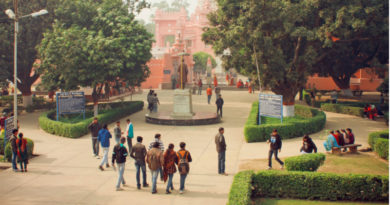 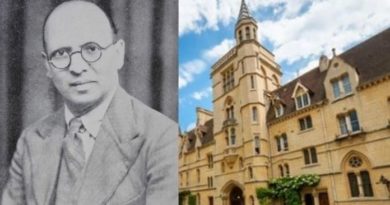 The University of Oxford has named a new building after Indian scholar Dr. Lakshman Sarup