If you would like to brush up on your Swedish for your next holiday to Sweden or would like to simply learn an additional language, a Swedish language course may be perfect for you. There are many benefits to learning another language for both your personal and professional life. In addition, learning another language is a great activity to nourish your brain and an excellent opportunity to meet new people and make friends. The good news is there are so many Swedish language courses available with part-time and full-time options, in person and online.

About the Swedish Language

The Swedish language is the official language of Sweden and with Finnish, one of the two national languages of Finland. Swedish belongs to the East Scandinavian group of the North Germanic languages too. Up until World War II, the language was also spoken in parts of Latvia and Estonia. In the early 21st century, Swedish was spoken by around eight million Swedes. The language is closely related to Danish and Norwegian. The history of Swedish from the Common Scandinavian period (600-1050) until around 1225 is known chiefly from many runic inscriptions.

During the 14th and 15th centuries, radical changes took place in the language, particularly in the sound system.  In 1525, before the Swedish revolt of Gustav I Vasa, Danish influence on the Swedish language had been strong; the new government, although, made vigorous efforts to eliminate this effect, and Modern Swedish is generally dated from 1526, when a Swedish translation of the New Testament was created. The written norm was based on one that had developed in the manuscripts of central Sweden, extending from the Vadstena monastery in eastern Götaland to Uppsala and Stockholm. By comparison to the speech of the area, most of its features were conservative.

Sweden is located on the Scandinavian Peninsula in northern Europe. The name Sweden was originally derived from the Suiones or Svear, a people mentioned as early as 98 CE by the Roman author. Tectius. The country’s ancient name was Svithiod. Since 1523, Stockholm has been the permanent capital. Sweden occupies the larger part of the Scandinavian Peninsula, which it shares with Norway. The land slopes gently from the high mountains along the Norwegian frontier eastward to the Baltic Sea. It is one of the most stable and oldest parts of the Earth’s crust geologically. Its surface soils and formations were altered by the receding glaciers of the Pleistocene Epoch. Lakes dot the fairly flat landscape and thousands of islands from archipelagoes along more than 1,300 miles of rocky, jagged coastline. Similarly to all of north-western Europe, Sweden has a generally favourable climate compared to its northerly latitude owing to moderate south-westerly winds and the warm North Atlantic Current.

There are many reasons to study Swedish. For one thing, it is one of the easiest languages to learn because there are many similarities between our languages in terms of syntax, vocabulary and grammar. These similarities stem from the languages’ shared Germanic roots, and as an English-speaker, you can take full advantage of this common linguistic heritage. For example, learning vocabulary in another language can be challenging but you will be delighted to learn that there are thousands of cognates (words that sound the same and mean the same thing) in Swedish which you can cling onto as a safety blanket.

Another key reason to study Swedish is because it is the most widely spoken of the Scandinavian languages. There are around 12 million Swedish speakers, primarily in Finland and Sweden. The beauty of learning the Swedish language is that you will open the door to the other Scandinavian languages. There is a high level of mutual intelligibility between Danish, Norwegian and Swedish, meaning that speakers of one can understand speakers of the others without much difficulty.

The course will give you basic spoken and written knowledge of the Swedish language in addition to insight into the Swedish society and culture. Students will learn small talk and greetings, words and sentences so that they can describe themselves, their families, their work and objects. You will learn how to communicate in everyday situations, in a restaurant, a store or a café, the alphabet and numbers and weekdays and months. Directions and Swedish grammar will also be covered in your course.

If you’re serious about doing a Swedish language course, check out courses near you in the Nightcourses.co.uk national course finder. 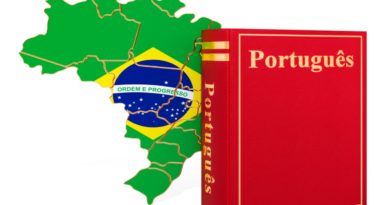 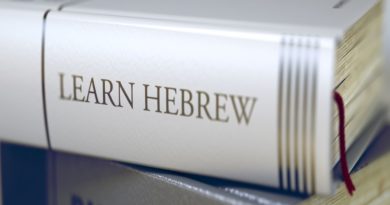