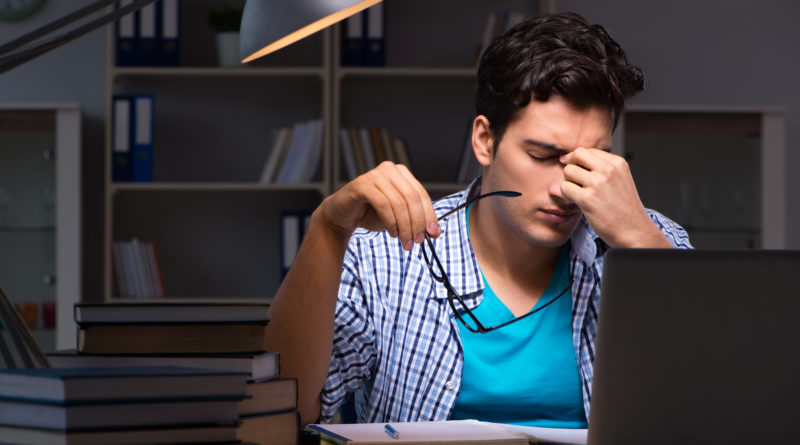 According to university leaders, the government’s plans for a minimum GCSE admission level for higher education could preclude nearly half of all disadvantaged students in England from attending university.

Vice-chancellors believe the government is planning to implement a new admission bar for university programs as a way to rein in the country’s soaring student loan debt, which reached £140 billion last year. They anticipate the government announcing that students will not be eligible for a student loan unless they obtain a level 4 (the equivalent of an old grade C) in Math and English at the GCSE level.
According to a study of the Department for Education (DfE) GCSE results data provided to the Guardian by the Million Plus group of modern institutions, under the plan, 48 percent of all disadvantaged students in England would be ineligible for a student loan to cover the £9,250-a-year fees.

“This strategy entrenches inequalities between rich and poor, north and south, and black and white,” said Prof Rama Thirunamachandran, head of Million Plus and vice-chancellor of Canterbury Christ Church University. By the rear door, it’ll be establishing an 11-plus type system.”

According to official statistics, 52 percent of disadvantaged young people receive a grade 4 in English and maths GCSE, compared to 71 percent nationally. “You’re effectively telling a generation of impoverished students, ‘You can’t receive a student loan,'” Thirunamachandran said. “That is entrenching inequality rather than leveling it.”

Million Plus looked at GCSE maths and English outcomes by parliamentary constituency and discovered that the strategy would hurt young people in impoverished parts of northern England significantly more than those in wealthy parts of the south.

Under the proposed criterion, 54 percent of students in Great Grimsby, 50 percent in Leeds Central, 49 percent in Bootle, Knowsley, and Nottingham North, and 47 percent in Sheffield, Brightside, and Hillsborough would be ineligible for a student loan. In the south, however, only 12% of students in Hitchin and Harpenden, 14% in St Albans, and 15% in London and Westminster, Chipping Barnet, and Richmond Park would be excluded.

“The question is if you are a parent in one of these less privileged northern locations, will you simply accept that your child does not have the same right to go to university as someone in a more privileged southern region?” Thirunamachandran asked. The government is facing a political risk in doing so.”

Many voters would consider it legitimate to require students to have a strong level of numeracy and reading, according to the government, making the concept a politically safe method to cut student numbers.

“This is a cap on student numbers through the back door – but not on all potential students, simply the most disadvantaged and those most affected by Covid,” said Claire Callender, professor of higher education at Birkbeck University and University College London’s Institute of Education.

A minimum entry-level requirement, she maintained, signaled “an abandonment of any government concern about increasing HE participation and encouraging social mobility,” and would “cement existing social divisions among young people at a time when they are widening rather than reducing.”

The entrance barrier would be perceived as “a ceiling on aspiration,” according to Sir David Bell, a former permanent secretary in the Department for Education and now vice-chancellor of Sunderland University.

“Politicians and policymakers consistently undervalue that profoundly felt desire to attend university,” he said. “They frequently mistakenly believe that people in Sunderland simply do not want to travel, but this is simply not the case.”

“We are currently overly tilted towards degrees above all else,” the government declared in its initial response to the Augar review of post-18 education in January. Last year, Michelle Donelan, the universities minister, accused colleges of “taking advantage” of poor students by mis-selling them dumbed-down courses that left them in debt.

The notion that institutions are simply interested in “piling students in” like “cash cows” is “offensive and unfair,” according to Bell. He went on to say, “We sincerely want them to succeed.” “The majority of the heavy lifting on social mobility is done by universities like ours.”
He claimed that universities like his had a lot of experience making complex choices regarding applicants’ ability and whether or not they could handle a degree program. Sunderland enrolls a large number of mature students, many of whom lack traditional credentials and would be disqualified under the proposed new method.

“This closes off university chances for many disadvantaged children at age three,” said Lee Elliot Major, professor of social mobility at the University of Exeter, who is leading a research project on how to help kids who leave school without basic literacy or numeracy. Our findings reveal a depressingly high relationship between low performance in early-age assessments and failure to pass English and maths GCSEs at the age of 16.”

According to his findings, children from the lowest fifth of family income are five times more likely than those from the top fifth of income to leave school without passing English and maths GCSEs.

“This move reveals the underlying fault at the heart of our educational system: we already identify a third of students taking English and maths GCSEs as failures – this will just further punish them,” Elliot Major said.

Academics at modern institutions further claim that under the proposed paradigm, courses like paramedicine, nursing, and social care will lose students, even though these professions are having personnel shortages in England.

Cumbria University’s dean for student success, Dr. Signy Henderson, predicted that the paramedic science program will suffer. “We all know how critical it is for the country to have more qualified paramedics,” she remarked. “We frequently have students who have great potential but who claim that no one pushed them in school or who grew up in houses where no one appreciated the importance of strong GCSEs.”
The Department for Education said it would not comment on rumors regarding ongoing conversations about minimum grade requirements and possible exemptions.

However, a spokesperson said: “This is a government that has boosted aspirations and grown opportunities for disadvantaged people across the country, and this year a record proportion of disadvantaged students has started university as a result. We are committed to continuing to level up the opportunity.”

He added: “But we also want to make getting on as important as getting in, which is why last month we asked universities to reboot their widening access plans with ambitious targets to support students both before and during their time at university, by reducing dropout rates and improving progression into high-paid, high-skilled jobs for disadvantaged students.” 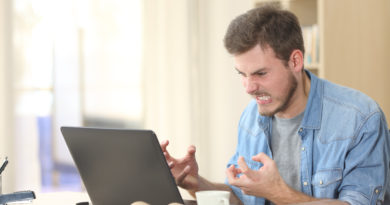 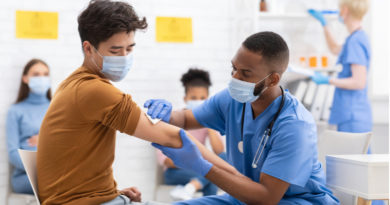 University leaders are encouraging students to get fully vaccinated 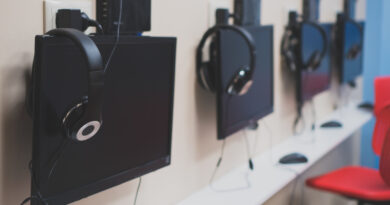